The Nigeria Football Federation Federation have officially accepted the proposal of Belgian born striker Cyriel Dessers to the Super Eagles after he declared himself available to play for Nigeria.

This comes days after the Dutch Eredivisie top scorer who plays as a striker for Heracles Almelo in Holland, made his intention clear to play for Nigeria.

The 24-year-old born to a Belgian dad and Nigerian mother who has 11 goals and 5 assists in 15 appearances for his club this season, said: “I have never been to Nigeria because of the political situation there. It was slightly better last year so I’ll be twice as happy if I can get an invite, even if it’s a friendly against Madagascar or Mauritius.”

After his public cry to Coach Gernot Rohr to invite him to play for Nigeria, the NFF made an official announcement on their official Twitter account, welcoming Cyriel Dessers.

“ After a series of discussions with the NFF President Amaju Pinnick, I have decided to fully commit myself to Nigeria and the Super Eagles and I’m going to work to be part of the team and fight for more success for the country.”

“I am a proud Nigerian and I can’t wait to fulfill my dream of wearing the green-white-green,” the striker said in the statement. 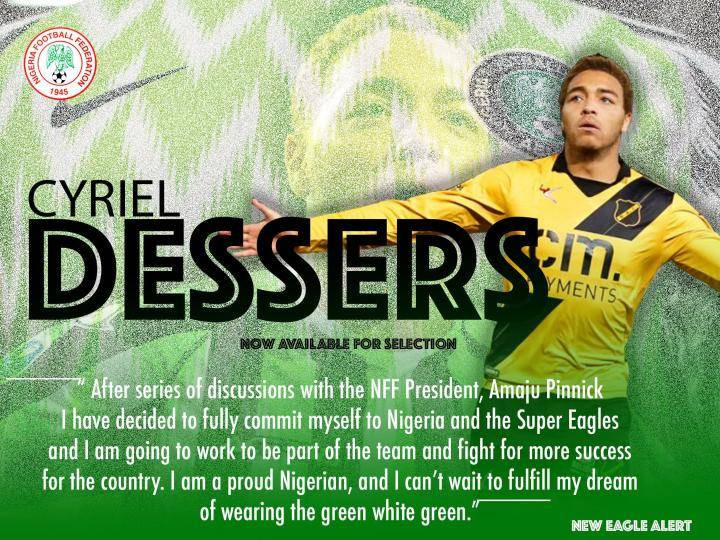 Diahann Carroll, the first black woman to star in her own TV Series dies at 84